The UAE lies in Southwest Asia, bordering the Gulf of Oman and the Persian Gulf, between Oman and Saudi Arabia. It is a flat, barren coastal plain merging into rolling sand dunes of vast desert wasteland; with mountains in the east. Desert land covers over 90% of the country [3]. Its strategic location along southern approaches to the Strait of Hormuz makes it a vital transit point for world crude oil.

The border demarcation treaties of 1974 and 1977 between the United Arab Emirates and Saudi Arabia were never made public. Therefore the exact border of the two countries is only known to their governments.

There is an Omani enclave inside UAE territory, known as Wadi Madha. It is located halfway between the Musandam peninsula and the rest of Oman, on the Dubai-Hatta road in the Emirate of Sharjah. It covers approximately 75 km² (29 mi²) and the boundary was settled in 1969. The north-east corner of Madha is closest to the Khor Fakkan-Fujairah road, barely 10 m (33 ft) away. Within the enclave is a UAE exclave called Nahwa, also belonging to the Emirate of Sharjah. It is about 8 km (5 mi) on a dirt track west of the town of New Madha. It consists of about 40 houses with its own clinic and telephone exchange.

The official language of the UAE is Arabic according to the constitution of the country, while English is widely spoken especially in business and trade fields. Expatriates use their mother tongues but not at official level.

One of seven sheikhdoms forming the United Arab Emirates, Dubai traces its history back 5,000 years. Settlements sprang up along what is now called Dubai Creek thanks to the area’s ample freshwater supply and its easy access to the Persian Gulf and Arabian Sea, which made it a pivotal stop in overland and maritime trade routes. Pearl-diving, too, became a thriving industry, as warm, still gulf waters yielded some of the world’s finest specimens. However, in the 1920s, the Great Depression and a growing market for cultured pearls handcuffed the industry until it nearly died out. Always the survivor, Dubai recovered by promoting its duty-free trade zone and becoming one of the Middle East’s economic goliaths. Today, jetsetters from around the world daily arrive in Dubai, attending the city’s fabulous resort hotels and taking advantage of its cosmopolitan dining, nightlife, and shopping scenes. Dubai is more than just Western-style resort, though, and exploration of the city reveals "souqs" (traditional open-air markets), where shoppers can find fabulous deals on jewelry and fabrics; architectural ruins at Jumeirah Beach; a quaint Old Town where ornate wind towers loom over narrow lanes; and an enviable park system featuring exquisite Creekside Park and Jumeirah Beach Park. Indeed, the city embraces its past while still managing to keep both eyes on the future, a mentality reflected in many of Dubai’s ultra-modern business towers and shopping centers, which bear distinctively Middle Eastern-themed designs.

Abu Dhabi is one of the most modern cities in the world. It is the center of government and business life in the UAE, headquarters of the emirates oil operating companies and embassies are based here. The architecture of its modern buildings and sky scrapers is the finest in the Middle East. Abu Dhabi's oil wealth has been wisely utilized to encourage a healthy trade and commerce atmosphere apart from oil industries too. The promotion of tourism and various tourism related projects will elevate Abu Dhabi to a Singaporean status in the region. Large gardens and parks, green boulevards lining all the streets and roads, sophisticated high-rise buildings, state-of-the-art communication services and transport, the presence of all the international luxury hotel chains, rich shopping malls, cultural centers and events provide tourists a one-of-a-kind experience all the year round. few of the important are listed below:

Sharjah is situated between Dubai and Ras Al Khaimah interrupted by the small enclave of Ajman.

Its coastline runs to approximately thirty kilometres along the Arabian Gulf. Sophisticated highways connect it to the other emirates.

Sharjah was once part of a single emirate along with Ras Al Khaimah ruled by the Al Qawasim family. H.H. Sheikh Sultan bin Mohammed Al Qassimi took over as Ruler in 1972 - a scholar in History, he has been conferred with a PhD (Doctorate in Philosophy) for his outstanding work.

Under his able guidance, Sharjah has made rapid progress. Today, it is known as the Cultural capital of the U.A.E. Sharjah is the headquarters for the UAE Authors' and Writers' Union which has over a hundred publications to its credit.

In 1971, the discovery of the Mubarak oilfield near the island of Abu Musa changed the fortunes of the emirate. In 1981, after Mubarak's reserves started dwindling, Saja's onshore gas and liquid gas field was discovered which gave a further boost to its revenues.

Sharjah was also the first port in the entire middle east to possess fully equipped container facilities at the Sharjah Container Terminal. Its impressive port at Khorfakkan provides important facilities for ships that do not need to enter the Gulf.

Sharjah is also the capital of Cricket in the U.A.E. It is now famous in the sub-continent and throughout the cricketing world as a major venue for One Day Internationals.

Sharjah was one of the first emirates to promote tourism. The peaceful hamlets of Khorfakkan and Kalba are a major tourist attraction and provide a getaway from the hustle bustle of the city life.

Ras Al Khaimah is the northern most emirate of the UAE. The Ruler since 1948 has been H.H. Sheikh Saqr bin Mohammed Al Qassimi.

Ras Al Khaimah's history extends into antiquity. Archeological excavations reveal that a settlement with an advanced civilization that carried on trade with the Indian sub-continent existed in this region. Later historical records cite that the town of Ras Al Khaimah , then known as Julfar,

belonged to early Muslim Caliphs. In the 18th century, after the invasions of the Persians, Portugese and the Dutch, it finally became a part of the Al Qawasim State. It was also once the center of the naval strength of the southern Gulf states.

The traditional occupations of this emirate are mainly fishing, trading and agriculture which have been heavily modernized to meet the demands of the UAE's economy.

Digdagga, a town close to the main city of Ras Al Khaimah, has a very big modern agricultural farm.

Fruits, vegetables, milk, poultry are supplied to the other emirates from here. The sea around

Ras Al Khaimah too abounds in tuna fish. The mountains have enabled the set up of stone quarries and a cement factory. Also the oilfield of Saleh, has boosted up the revenues of the emirate.

Mina Saqr, located next to the town of Ras Al Khaimah, is a deepwater port with heavily utilised bulk handling facilities where major amounts of transhipment takes place. It can handle vessels upto 260 metres long and 11.5 metres maximum draught and is ideal for low cost general cargo and container handling.

"iFly.lv" – is owned by TBS Travel agency, which exists since 1993. The one and only permanent activity of "iFly.lv" are ticket based tourism product sales via the Internet.

"iFly.lv" is based on the automatic ticket reservation system Amadeus, which lets you to find and book the necessary flights from/to any airport in the world.

It is convenient that those, who are in a rush or "avoid" Internet, can easily book their flights over the phone - our reservation department is open on weekdays from 09:00 to 19:00. Our qualified staff will help you to book your flight, explain how to pay for it and will check whether the payment is received. 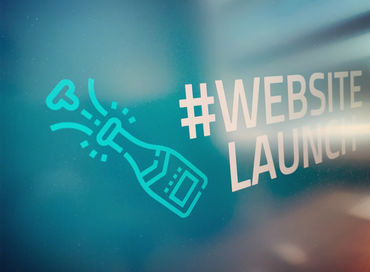 "iFly.lv" – is owned by TBS Travel agency, which exists since 1993. The one and only permanent activity of "iFly.lv" are ticket based tourism product sales via the Internet.

"iFly.lv" is based on the automatic ticket reservation system Amadeus, which lets you to find and book the necessary flights from/to any airport in the world.

It is convenient that those, who are in a rush or "avoid" Internet, can easily book their flights over the phone - our reservation department is open on weekdays from 09:00 to 19:00. Our qualified staff will help you to book your flight, explain how to pay for it and will check whether the payment is received.